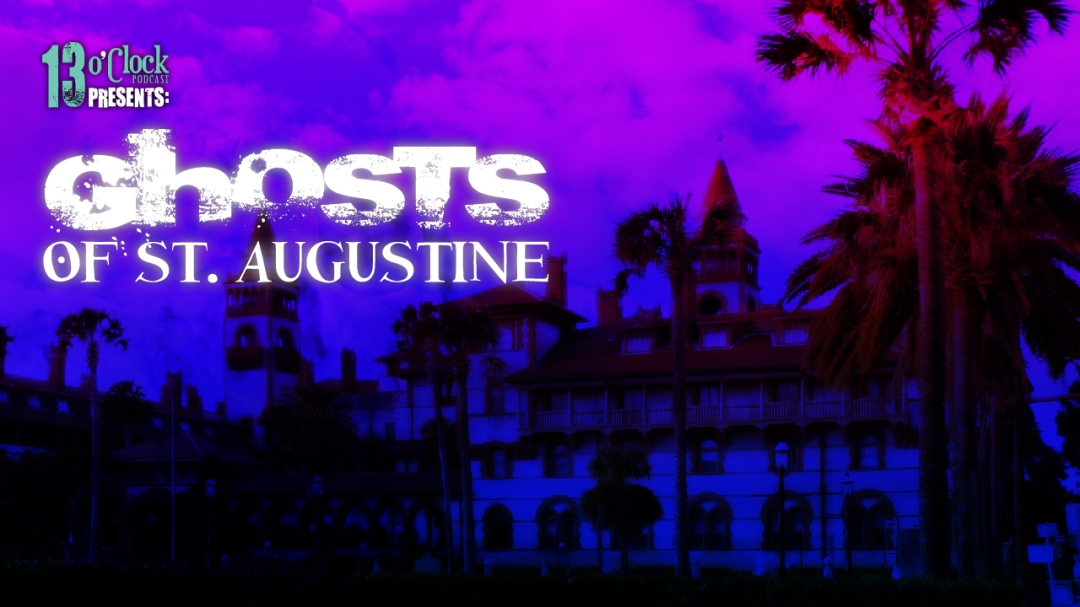 On today’s spooky installment, Tom and Jenny take a tour through the haunted byways of the oldest continually-occupied settlement in the United States: St. Augustine, Florida. Founded by the Spanish in 1565, the quaint and charming city is packed to the gills with ancient, crumbling cemeteries, sinister bed and breakfasts, towering lighthouses, Gilded Age architecture, and Native American burial sites, all of which boast at least one reported phantom. So pour yourself whatever spirits you choose and tune in to the creepy tales on a LIVE episode 254.