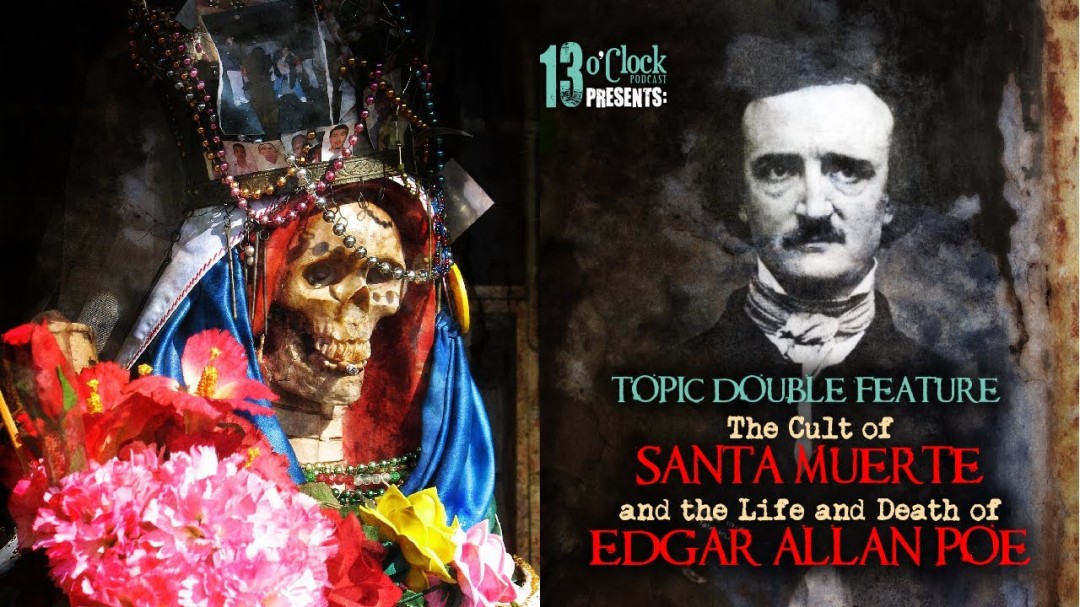 Episode 249 LIVE: The Cult of Santa Muerte / The Life and Mysterious Death of Edgar Allan Poe

On this week’s installment, due to a tie in the Patreon topic poll, we’ll be tackling two unrelated but also sort of thematically similar subjects. First, we’ll be talking about the intriguing and increasingly widespread cult of Santa Muerte, a sort of Catholic-based folk religion largely centered in Mexico, but with adherents all over the globe. Santa Muerte, or Saint Death, is a skeletal female saint with millions of devotees who offer her prayers and gifts in exchange for favors, and though her number of worshippers is on the rise, Catholic orthodoxy has condemned the veneration of her as akin to Satanism. Then, on the second half of the show, we’ll finally get around to discussing one of Jenny’s heroes, the massively influential but troubled author Edgar Allan Poe. His short life was plagued with poverty and tragedy, but he managed to become one of the most iconic horror and mystery writers of all time, though his mysterious death occurred before he could really appreciate how immortal his work had become. It’s a death-obsessed graveyard full of gothic goodness, so dig out your absinthe and your best black duds as we go deep into the sepulchral darkness on episode 249.