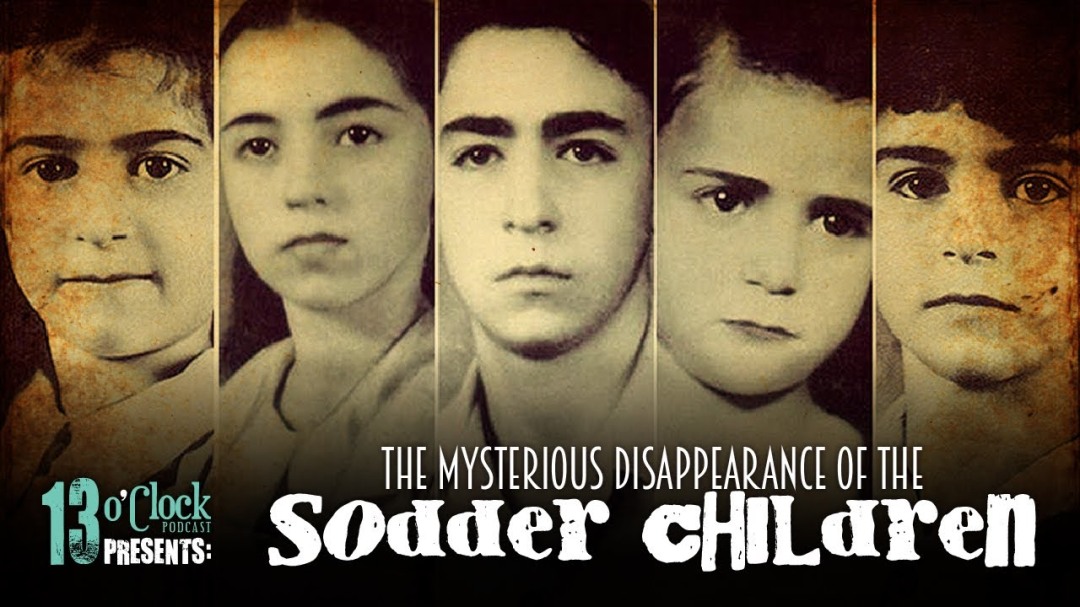 Episode 240 LIVE: The Disappearance of the Sodder Children

Back in 1945, a devastating house fire broke out on Christmas Eve at the home of the Sodder family in West Virginia. Despite their best efforts, parents George and Jennie Sodder were unable to save five of their ten children from the flames…or so they thought. As strange evidence began to mount, the Sodders became convinced that not only had the blaze at their home been deliberately set, but also that whoever was behind the crime had spirited the five children away before the flames could consume them. The tragic and eerie tale remains an unsolved mystery to this day, so put on your deerstalker hats and get ready to follow the clues with Tom and Jenny on a LIVE episode 240.