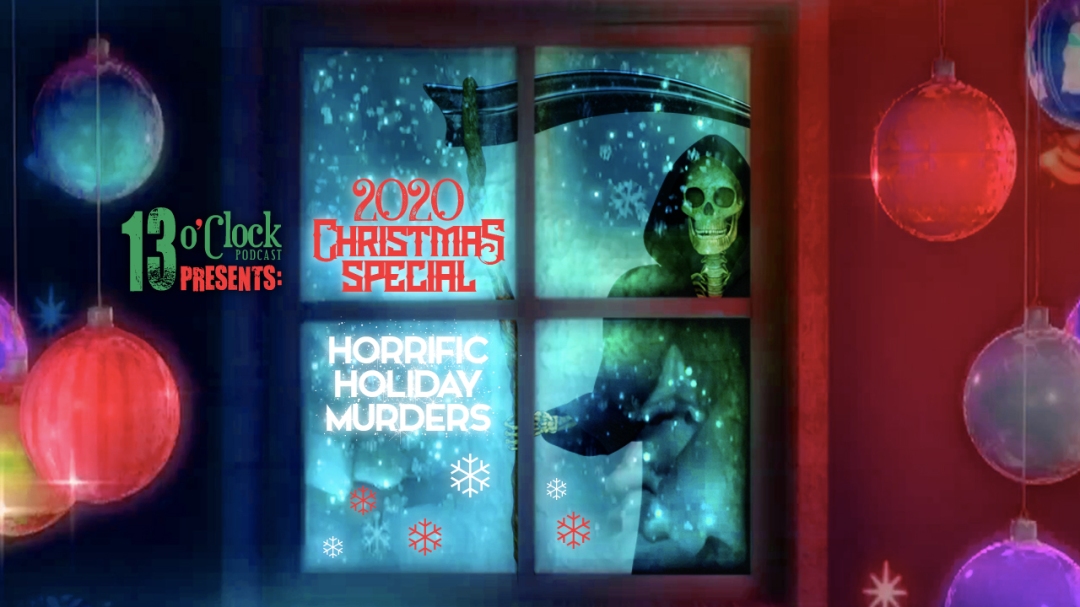 Happy Holidays to one and all! On this horrific holiday installment, Tom and Jenny talk about several cases that illustrate the sinister side of Christmas. We’ll discuss the infamous Lawson Family Massacre of 1929, in which a father took out practically his entire family on Christmas Eve for reasons that weren’t known until much later; the 2008 Covina Massacre, where a man dressed as Santa slaughtered nine people with guns and a flamethrower at a holiday party; and several more brutal murders that took place on or around what is supposed to be one of the happiest days of the year. Don your blood-red Santa hat and cuddle by the fire with your booze-spiked hot chocolate, because it’s gonna be a ho-ho-horrifying sleigh ride through Christmas crime on a very special yuletide episode 227.