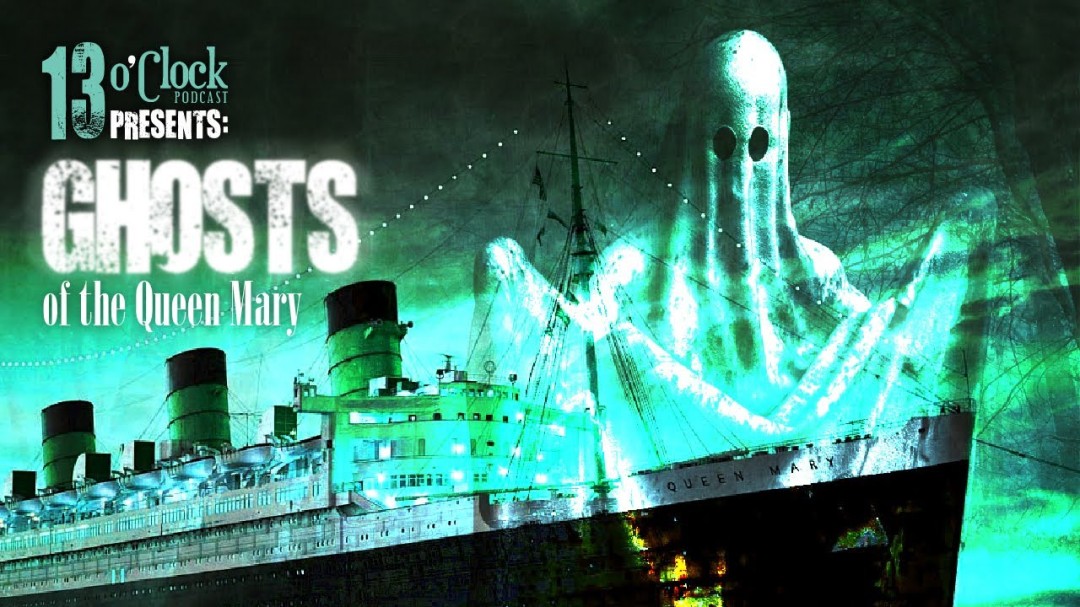 On this ooky spooky installment, Tom and Jenny (after about an hour of babbling about nonsense, haha) discuss one of the most famous haunted sites in the world, the former ship and current hotel known as the Queen Mary. From her early days in the 1930s as a swanky luxury liner, through the dark days of World War II, to her present situation as an attraction and paranormal hotspot permanently docked off Long Beach, California, the ship known as the Grey Ghost and the Stateliest Ship Afloat is believed to be home to between 150 and 600 ghostly inhabitants and is a popular ghost hunting destination. Pour yourself some spirits (ha!), cuddle close, and get ready for a creepily nautical nightmare on episode 221.