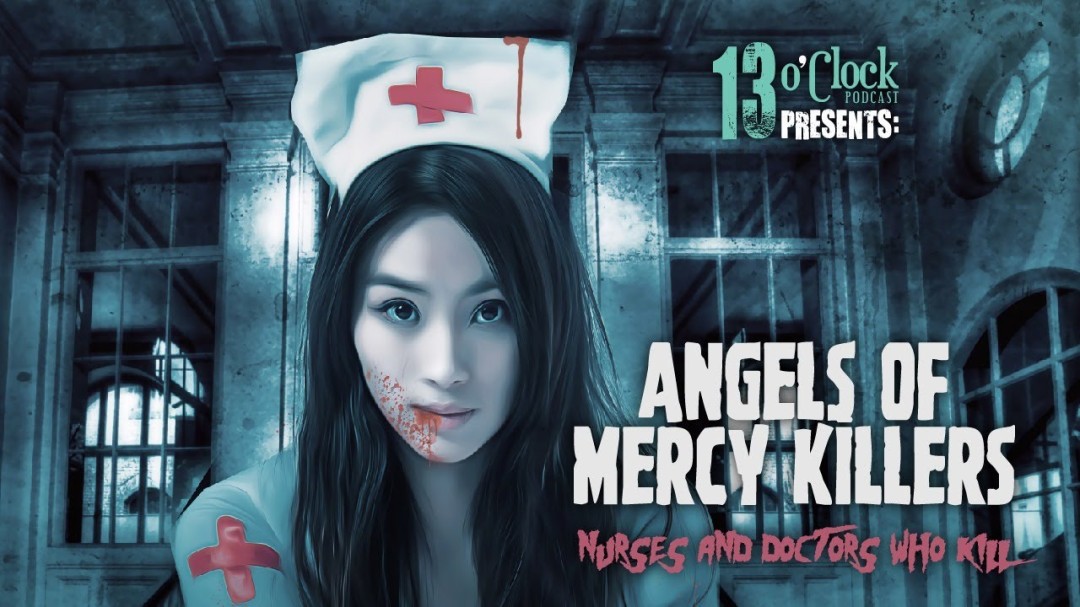 On this medically malevolent installment, Tom, Jenny, and special guest Sophie discuss four cases of so-called “Angel of Mercy” or “Angel of Death” killers…medical professionals who use their expertise and their access to vulnerable victims to become serial murderers. First we’ll talk about “Jolly” Jane Toppan, a nurse in the early 20th century who poisoned dozens of people, supposedly for pleasure; British doctor and prolific serial killer Harold Shipman, who bumped off as many as 250 people out of arrogance and monetary gain; orderly Donald Harvey, who may have killed as many as 87 people; and nurse Beverley Allitt, whose Munchausen by Proxy syndrome led to her killing four children and attempting to kill several others. Take a couple aspirin and call us in the morning, it’s gonna get morbid and medicinal on a LIVE episode 214.