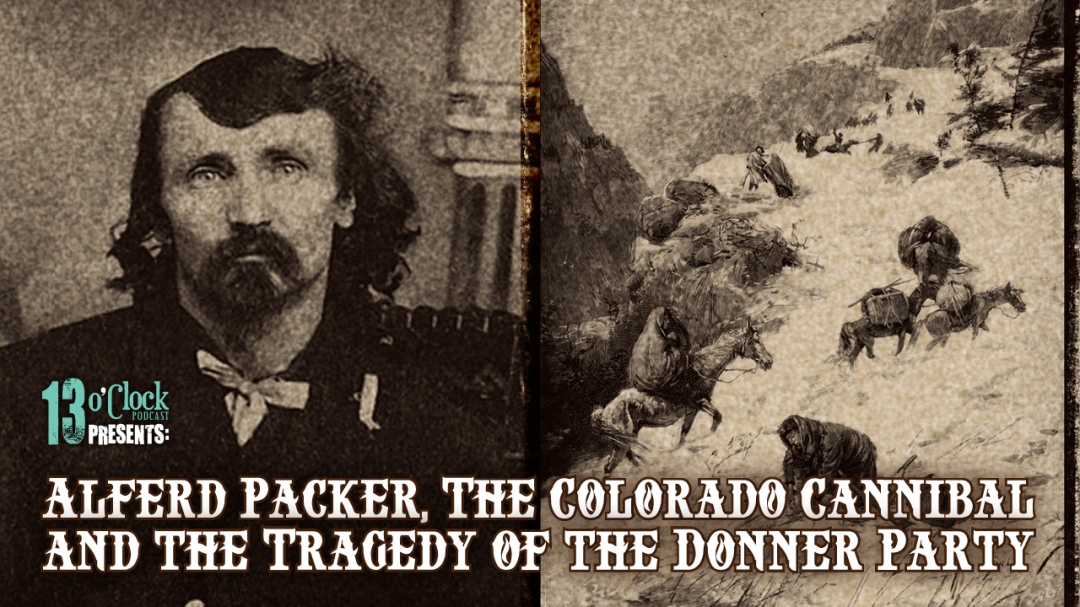 On this grim saga of the Old West, Tom and Jenny are delving into two cases of cannibalism and disaster on the American frontier. First, we’ll talk about Alferd (or Alfred) Packer, a prospector in the late 19th century who went off on a gold-mining expedition with five other men and returned alone, having probably killed and eaten his companions. Then we’ll regale you with the disastrous and tragic story of the Donner Party, a wagon train of several families that became snowbound in the Sierra Nevada Mountains and ended up resorting to cannibalism to survive. Get ready for some horrific history on this 193rd installment of 13 O’Clock!