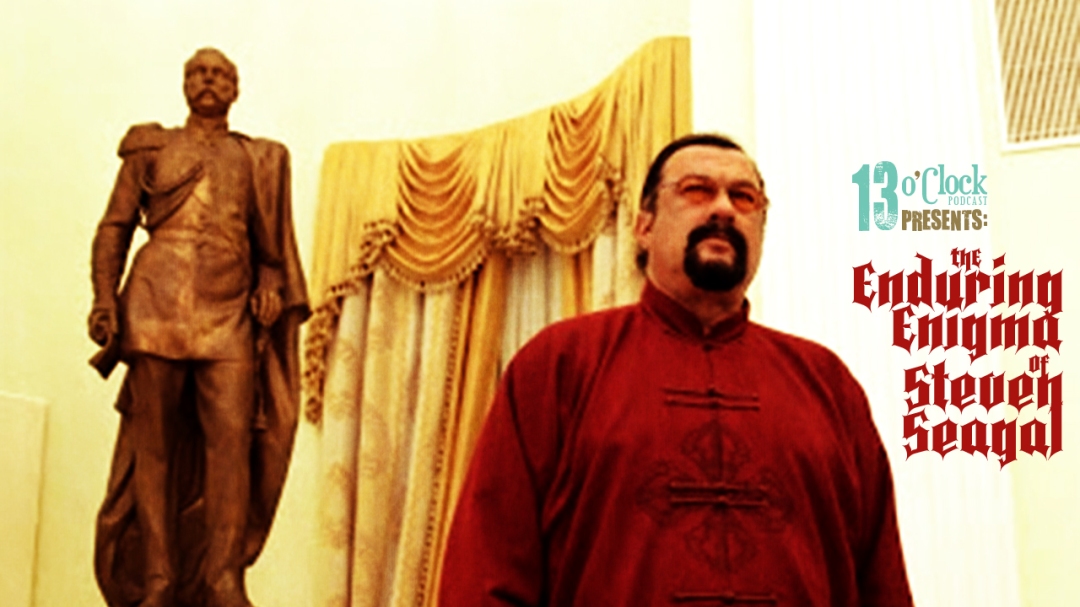 On this installment of 13 O’Clock, Tom and Jenny are delving into the mystery of mythical action star, purported Navy SEAL and CIA operative, alleged sexual harasser and pants-pooper, Steven “Sensei” Seagal. What is it about this guy that makes him so fascinating? Listen to our fun ramble through the Seagalsphere and find out, as we go Under Siege after being Hard To Kill on episode 190.