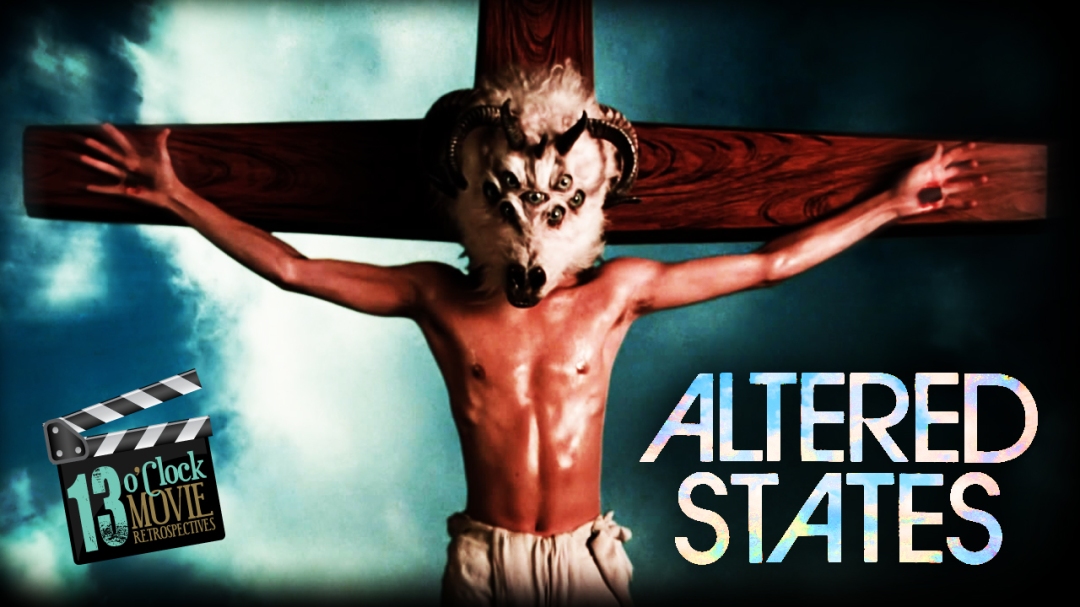 On this installment of the Retrospective, we’re tripping balls back to 1980 to discuss the bizarre freakout of a movie known as Altered States, directed by Ken Russell, written by Paddy Chayefsky, and starring William Hurt in his very first role! Thanks Rob for sending us the movie!