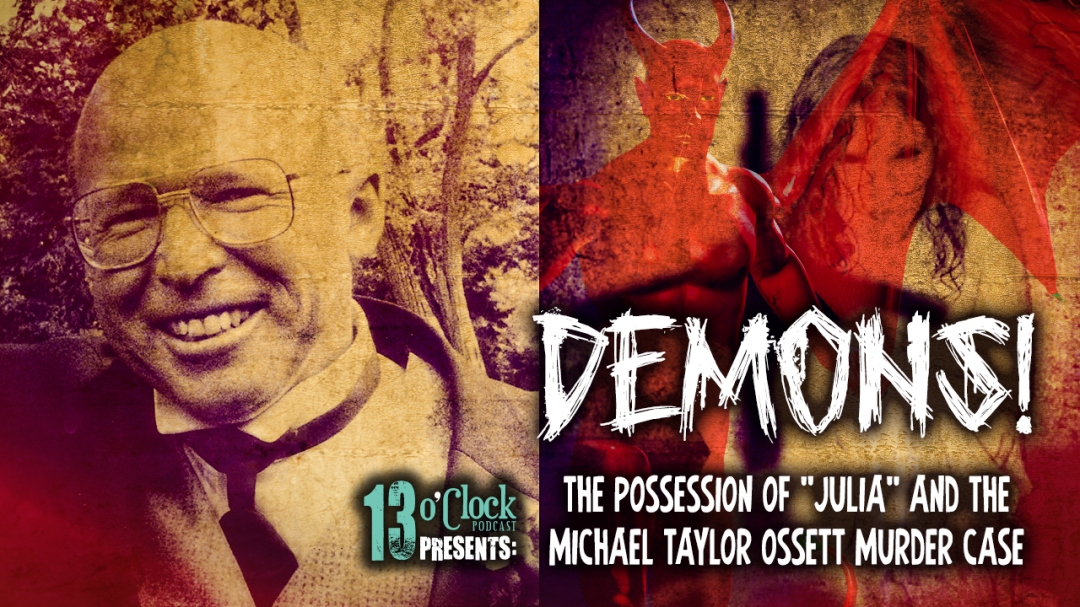 Episode One Hundred Forty Eight: The Possession of Julia and the Michael Taylor Exorcist Murder

On today’s possessive installment, we’re discussing two cases of purported demon infestation, one of which resulted in a gruesome murder. First, we’ll be talking about the case of “Julia,” who approached the Catholic church in 2008 claiming to be possessed and who came to the attention of a Yale-and-Harvard-educated psychiatrist who suspected her possession was legit. Then we’ll tell the horrifying tale of Michael Taylor, a mild-mannered fella in a small English town who was seemingly taken over by demons after joining a weird religious sect and subsequently went on to kill his wife (and dog) in pretty much the worst way imaginable. Fill the tub with holy water and give Father Merrin a ring, it’s about to get demonic up on episode 148.