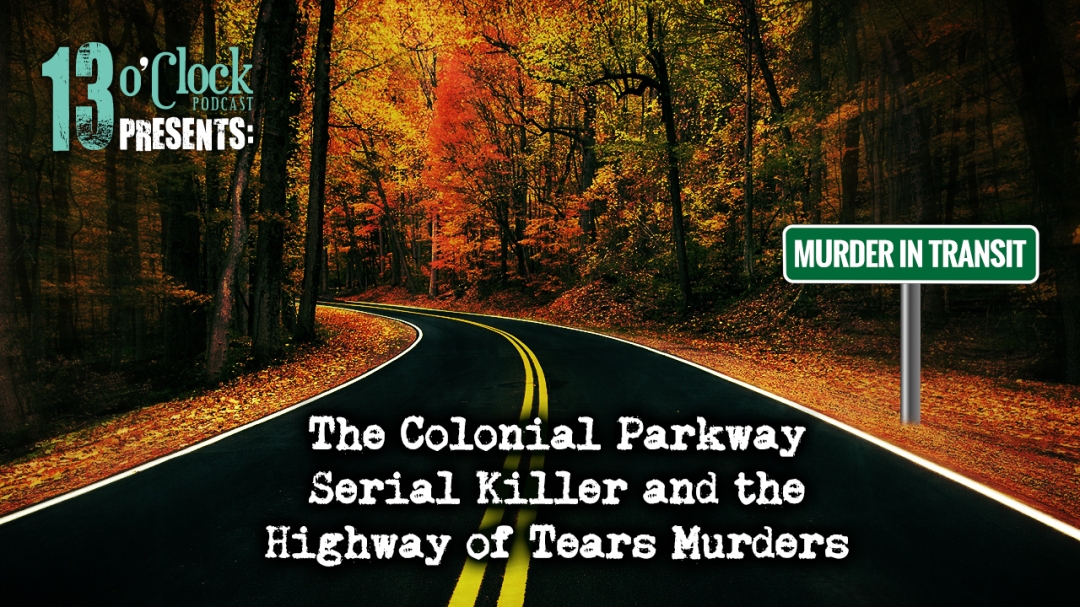 Episode One Hundred Thirty Six: The Colonial Parkway Murders and the Highway of Tears

On this installment of 13 O’Clock, Tom and Jenny are turning their attention to two horrifying cases of murders associated with highways and travel. On the first half, we’ll discuss the infamous Colonial Parkway murders, a chilling series of “lover’s lane” style killings that took place in a small area of Virginia in the late 1980s. Then we’ll talk about the heartbreaking saga of the Highway of Tears, a stretch of Highway 16 in British Columbia, Canada where numerous women and girls — many of them indigenous — have disappeared or been found murdered from the late 1960s right up until the present day. Stay off the roads and settle in for another true crime examination on episode 136.

One thought on “Episode One Hundred Thirty Six: The Colonial Parkway Murders and the Highway of Tears”