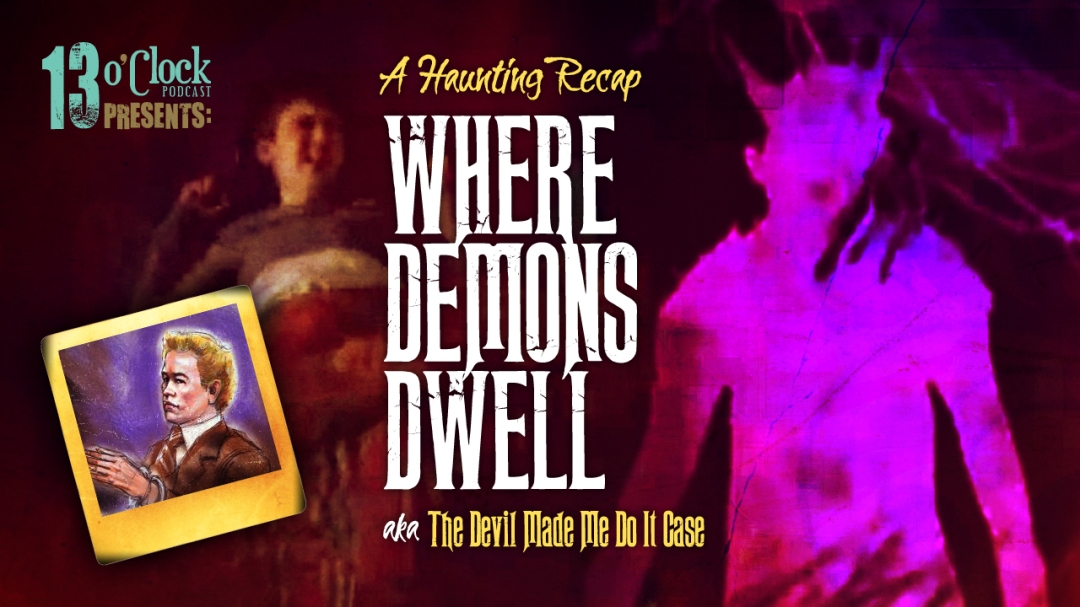 Episode One Hundred Twenty One: A Haunting Recap – The Demon Murder Case

It’s paranormal time again on this spooky installment of 13 O’Clock, and we’re finally going back to one of our popular discussions of an episode of A Haunting! This time, we’ll be talking about the season 2 episode entitled “Where Demons Dwell,” which details a possible haunting or demon possession in 1980 Connecticut. The case is also infamous in that it later led to the murder trial of Arne Cheyenne Johnson, who tried to claim demon possession as his defense. We discussed the case briefly on our show about the Warrens, but we thought we’d revisit the topic and give it a bit more depth, including a chat about the 1983 TV movie based on the case (starring a young Kevin Bacon). So ready your rosaries and holy water as we go a-haunting on episode 121.