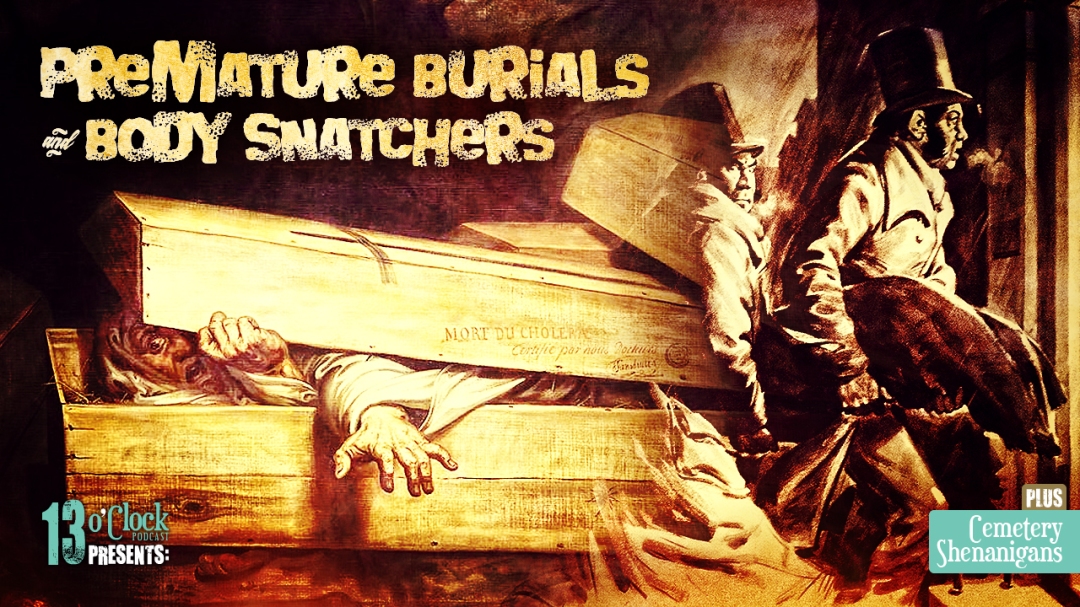 On this grave (heh) installment of 13 O’Clock, Tom and Jenny are delving into some grim territory, exploring incidents where people were buried alive, as well as the strange and wonderful methods invented for preventing such a thing from happening. We’ll also be discussing the common 19th-century practice of body snatching, citing some examples and getting into the case of the famous British body snatchers and murderers, Burke and Hare. All this, plus a couple of cemetery-related news stories on our opening segment, and it adds up to a deep and deathly episode 107 that’s sure to fog your mirror and liven up your tomb.

Clip at the beginning taken from the trailer of the 1962 film The Premature Burial.

Song at the end: “Burke and Hare,” sung by Robin Laing.