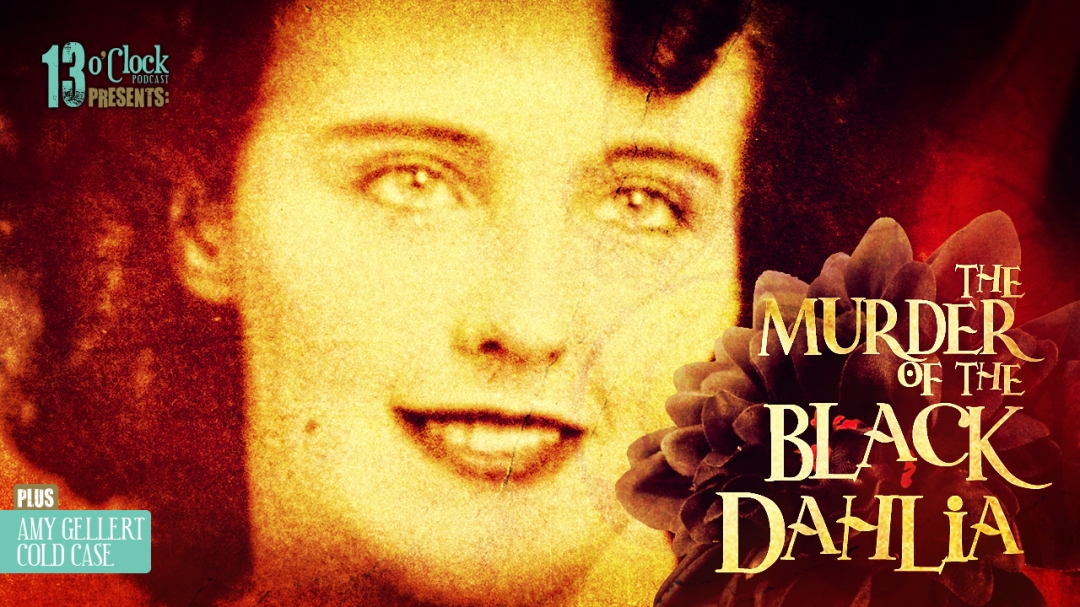 It’s true crime time again on this grisly installment of 13 O’Clock, and this go-around, we’re tackling what is probably the best known unsolved murder case in American history: the horrifying slaying of the Black Dahlia. Back in 1947, dark-haired beauty Elizabeth Short was found sliced in half and drained of blood in an undeveloped Los Angeles neighborhood. Who committed such a vicious crime, and why? Theories and rumors have abounded in the more than seven decades since the murder occurred, and public fascination with the case shows no sign of abating. So listen in to our take on the notorious crime, along with an opening news story about a Florida cold case from 1994 — the brutal murder of Amy Gellert — and many, MANY of our famous digressions. Settle in for the long, blood-drenched saga of episode 104.

Clip at the beginning taken from the trailer of the 2006 Brian De Palma film The Black Dahlia.

Song at the end: “Black Dahlia” by Aine Cahill.