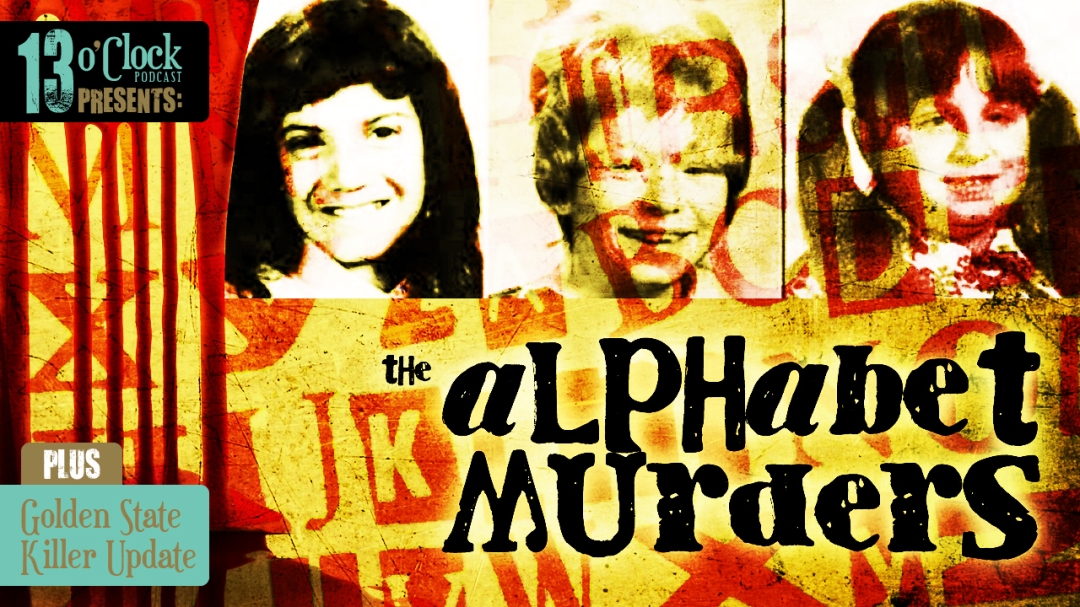 In the early 1970s, in Rochester, New York, three little girls were raped and murdered by a suspected serial killer who might have targeted them specifically because their first and last names started with the same letter. Years later, in Los Angeles, California, four young women with double initials also turned up dead; this killer was caught, but strangely, it didn’t seem to be the same man responsible for the earlier murders. Who was the Rochester Alphabet Killer, and did he have any relationship with Los Angeles Alphabet Killer Joseph Naso? All this, plus an update on the Golden State Killer being cleared of a 1978 double murder in Simi Valley. It’s a twisting tale of alphabetical terror on episode 97 of 13 O’Clock.

Clip at the beginning taken from the trailer for The Alphabet Killer (2008).

Song at the end: “The Alphabet Serial Song” by Amoree Lovell.