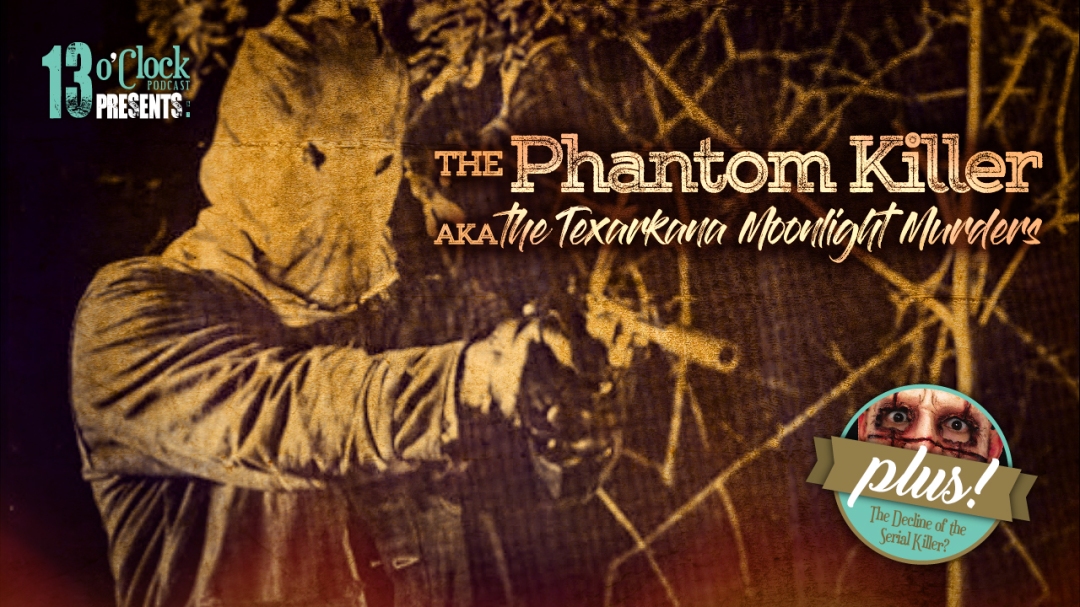 On this creepy, true crime inspired installment, Tom and Jenny are discussing one of the most infamous uncaught serial killer cases in American history: the so-called Texarkana Moonlight Murders, perpetrated by a hooded assailant only known as the Phantom Killer. The four-month reign of terror was the subject of a well-known cult film of the 70s called The Town That Dreaded Sundown (which was remade in 2014), but the true story is far more chilling. Tune in as we break down the case, and also listen in on our news segment, on which we discuss an article about the reasons for the recent decline in serial killers. Put away your trombones and stay off those lovers’ lanes as you take in the murderous rampage that is episode 95.

Clip at the beginning taken from the trailer for The Town That Dreaded Sundown (1977).

Song at the end: “Texarkana Moonlight” by The Bad Detectives.