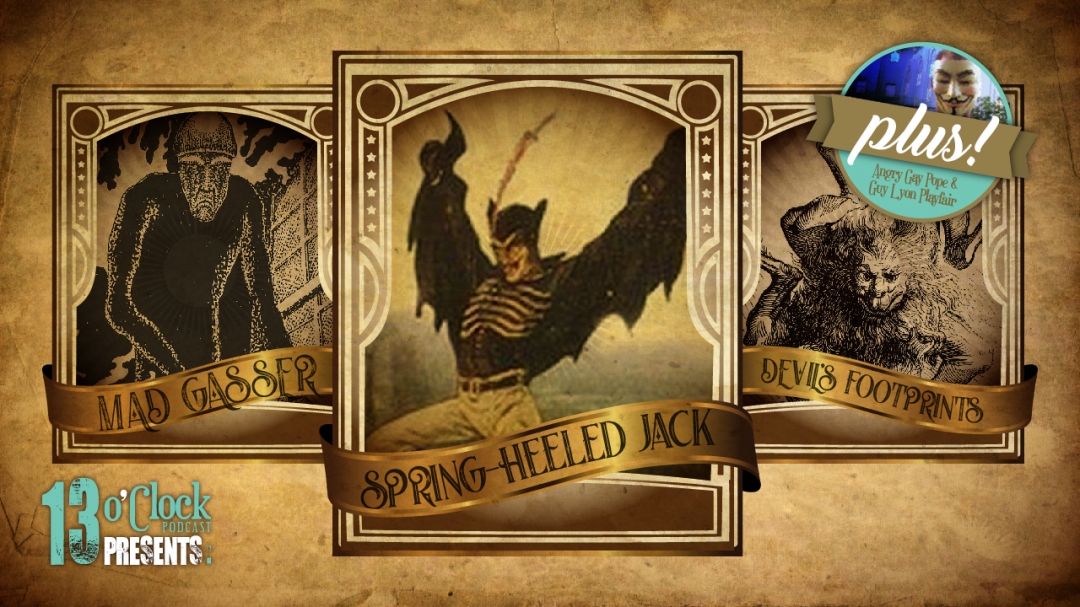 Victorian London is terrorized by a diabolical, high-jumping figure with metal claws and eyes of flame. A town in Illinois falls prey to a phantom gasser in the mid-1940s. And an estuary in Devon, England plays host to a very long and mysterious trail of hoofprints that might have been left by Satan himself. On this fun, folkloric episode, Tom and Jenny are discussing three weird cases of possibly paranormal origin: the legend of Spring-Heeled Jack, the Mad Gasser of Mattoon, and the Devil’s Footprints. In our news segment, we’re also giving an update on our old pal the Angry Gay Pope, whose anti-Scientology channel has been the subject of a YouTube ban, and we’re discussing the recent death of renowned parapsychologist Guy Lyon Playfair, famous for his extensive work on the Enfield Poltergeist case. Settle in for a creepy rundown of urban legends, mass hysteria, and more on episode 92.

Help out the Angry Gay Pope on Patreon!

Link to our interview on Conspirinormal!

Review of our show on Beware! The Zine!

Clip at the beginning taken from “Spring-Heel’d Jack,” episode 4 of Houdini & Doyle.

Song at the end: “Spring Heeled Jack” by Lemon Demon.