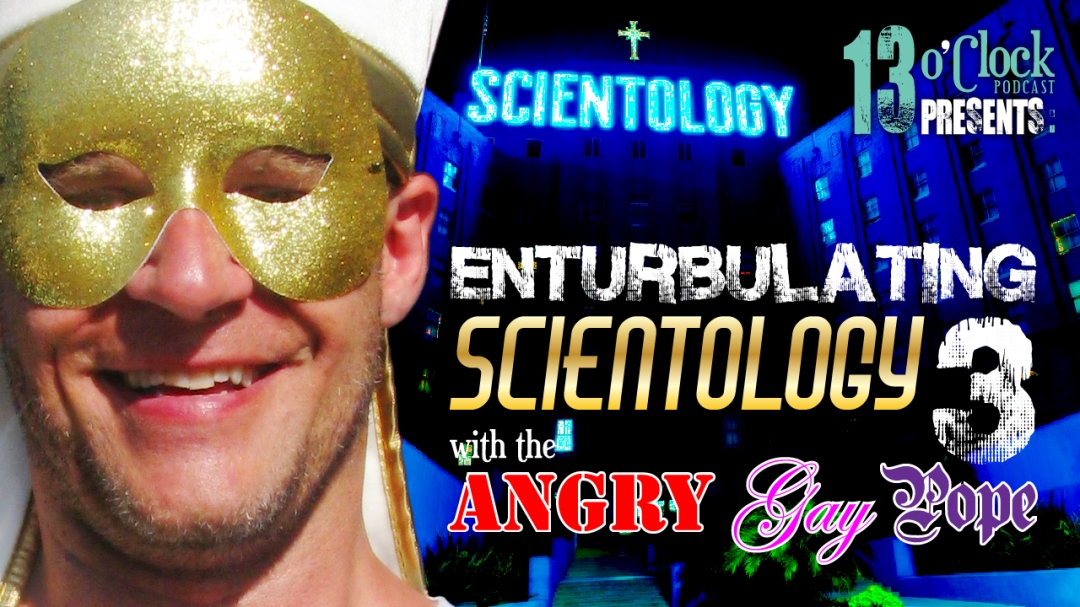 It’s another super-sized and super-special episode featuring one of our favorite people, the Angry Gay Pope! Yes, His Holiness has taken time out from his ongoing and heroic efforts against the cult of Scientology to speak with Tom and Jenny about his latest exploits and updates about what’s going on with the “church.” Please enjoy not only AGP’s third appearance on our show, but also a current event tidbit about a chiropractor in South Carolina who has been accused of sexual assault and of trying to convert one of his employees into Scientology. Body route your thetans (or whatever) and get ready to hear some entheta on episode 80 of 13 O’Clock.

Song at the end: “Thank You for Listening” by L. Ron Hubbard (WARNING: May cause aural distress)!