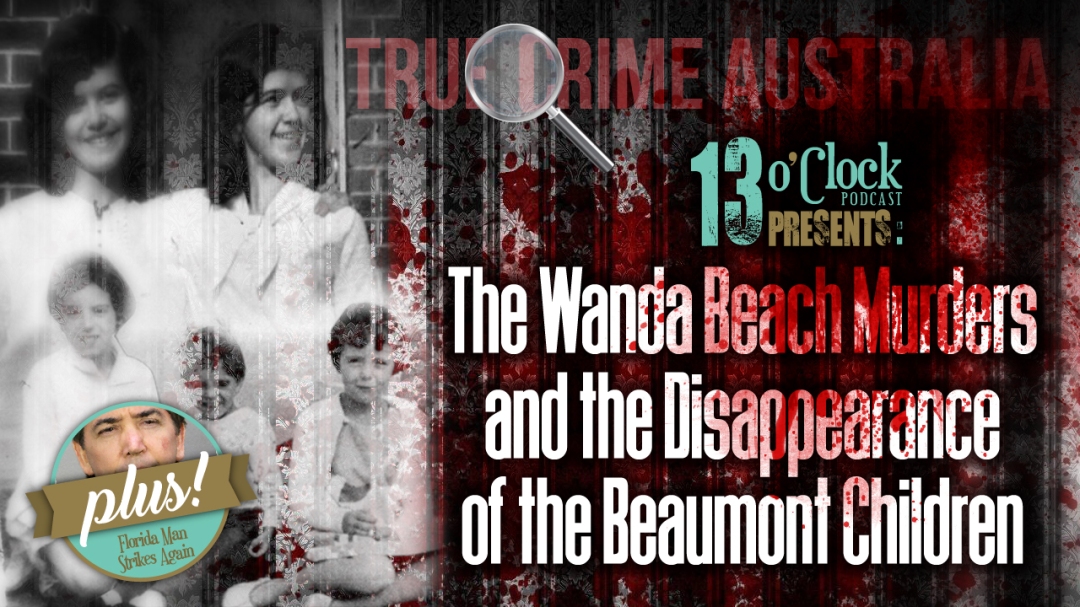 It’s another true crime double feature on 13 O’Clock, and we’re featuring two infamous crimes from 1960s Australia. First up, the horrific slayings of Marianne Schmidt and Christine Sharrock on Wanda Beach in 1965, and then the mysterious disappearance and probable murder of the Beaumont children from 1966. Before that, our news segment focuses on a typical “Florida Man” crime, about a man who was into child porn and then got into even bigger trouble trying to hire a hit man. It’s a special kind of stupid, trust me. So put on your deerstalker hats and get ready to investigate some unsolved crimes with Tom and Jenny on a bloody and tragic episode 77.

Listen to Jenny on X Zone Radio. Clip at the beginning taken from the show “Crime Investigation Australia.” Listen to the Trace Evidence episode about the Beaumont Children. Songs at the end: The Official Charles Ramsey Song, “Dead Giveaway” and “Beach Murder Mystery” by the Bambi Molesters.