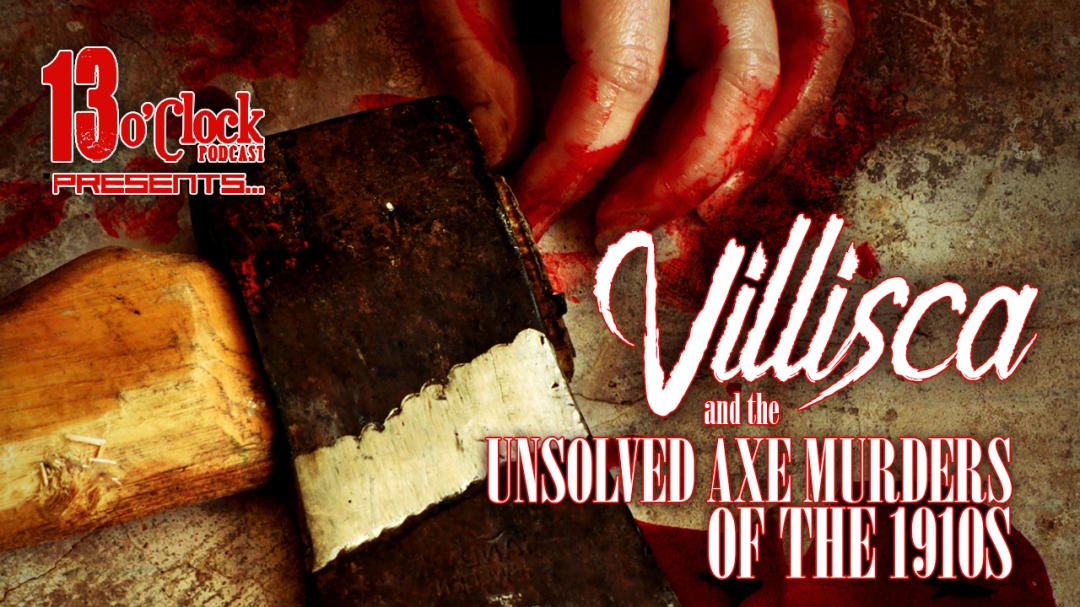 Episode Forty-Five: Villisca and the Unsolved Axe Murders of the 1910s

The horrifying massacre that took place in Villisca, Iowa in 1912 is among the creepiest mass murders in American history. Eight people — a couple with four children and two young girls who were staying the night — were brutally slaughtered with an axe while they slept, for seemingly no reason whatsoever. The crime was never solved, and what’s worse, that dreadful slaying might not have been the only one. Some researchers point out that there was a disturbing trend of gruesome axe murders going on in the Midwest from the period of 1911 through 1914, and it’s possible that some of these crimes were perpetrated by the same person. On this episode of 13 O’Clock, Tom and Jenny return to the most terrifying corners of the true crime genre to take a look at the infamous Villisca Axe Murders, as well as the disturbing series of similar crimes that terrorized the American heartland in the early twentieth century.