Ah, brotherly love. It’s an ideal we can all aspire to…unless your brother is anything like these weirdos. On episode 6 of 13 O’Clock, Tom and Jenny explore the eerie and tragic tale of the infamous Collyer brothers, whose eccentricity, failing health, and rampant paranoia led them to barricade themselves in their swanky Manhattan brownstone behind 140 tons of junk and innumerable booby traps. On the second half of the show, they also discuss the weird story of Stewart and Cyril Marcus, the twin gynecologists on whom David Cronenberg based his classic 1988 horror film, Dead Ringers. 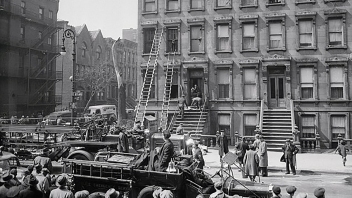